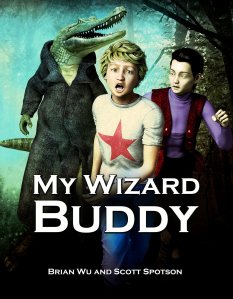 I recently sent a lot of emails back and forth with self-published children’s author Scott Spotson. We met on Goodreads and decided to read one another’s books. He was kind enough to read and review my book: Spooky and The Ghost Chorus in return for me reading and reviewing the delightful My Wizard Buddy (Book 1) which he co-wrote with Brian Wu. After I was done I had so many questions I just had to badger Scott a bit.

Writers are curious creatures and I just had to get to the bottom of just what makes Scott tick. We’ll start off with my Amazon/Goodreads Review and follow it up with a short interrogation of Scott Spotson. Enjoy!

“My Wizard Buddy by Brian Wu and Scott Spotson is an entertaining magical romp. Tyler is a sad lonely boy who never has any of the newest games and is terrorized by his older sister. But one day he decides to accept an invitation to be best friends with an odd boy named Dirk. That’s when Tyler’s life gets exciting because Dirk is a wizard! Dirk’s magic is more of the wish variety and he and Tyler cause all kinds of fun. There are no real villains in this story except the demons that live in our own minds. Ryan, a popular boy lost his father to cancer. Dirk seems to be dealing with issues he isn’t saying and of course Tyler is dealing with the urge to be accepted. I enjoyed the read. Fun book. I would recommend it to the YA crowd.”

KK: Where did you get the idea for your series Wizards Wars?
Scott: The imagination that comes from having an imaginary friend was the impetus behind my wizard series My Wizard Buddy. What if you could have a friend who could make anything happen, but such a friend could be kept a secret from the rest of the world?

KK: What made you decide not to have an antagonist?
Scott: Many children’s books do not have an antagonist. That’s because children are looking for a slice of life, to reflect their experiences to date. They’re not looking for an ultimate battle, they’re looking for something that perks their interests. Think of several books that show a slice of life, such as Diary of a Wimpy Kid; Judy Blume books such as Are You There God? It’s Me, Margaret; Ramona Quinn books; James and the Giant Peach; and The Phantom Tollbooth.

KK: Why did you decide to self publish?
Scott: I think self-publishing is a good idea, rather than take up too much time of the established publishing industry. If your book is any good, prove it with your sales and reviews, then show the publisher what you’ve done. Makes sense!

KK: When we meet Tyler he is a very lonely boy. Was your intention to deal with issues like bullying and loneliness?
Scott: I don’t think it was my intention to deal with bullying and loneliness, but rather than these nicely worked into the plot. Definitely loneliness, since that is a reason we often have imaginary friends. Also, I wonder if due to the increase in entertainment and tablet technology, if loneliness among children isn’t increasing.

KK: In the first book Dirk uses magic indiscriminately. Are there consequences for each spell cast? Loss of energy?
Scott: No, there are no consequences for Dirk. This is not accidental. In all my wizard books, every wizard is infinitely powerful with magic. The only things wizards cannot do is bring people back from the dead, or control people’s minds, and if you think about it, these obstacles actually render wizards pretty powerless with controlling humanity.

KK: Self publishing is risky business. How are you using social media to promote your book?
Scott: I don’t rely heavily on social media. I do have it, but I find that the quality of the books–and getting them out there to start with–are more important factors. I’m very grateful to the marketing whiz of BookBub though, because they listed one of my books, Life II, twice.

KK: Are you currently working on any new books?
Scott: I am ghostwriting three books–one, an epic fantasy; two, a dystopian humour book; and three, a mystery/adventure novel (actually, that is co-authored with another).

KK: Where can people find your books?
Scott: People may go to www.scottspotson.com or just type in “Spotson” on Amazon or Goodreads.

Bio: Scott Spotson is a novelist who excels in imagining scenes of intrigue and adventure within ordinary lives while daydreaming, then pulls together various plots to create a compelling story. He likes to invent “what if?” scenarios, for example, what if I could go back to my university days, and what would I do differently? What if I could switch bodies with friends I am jealous of, like the guy who sold his software for millions of dollars and does whatever he pleases? What if I had the power to create clones of myself to do my bidding? Scott then likes to mentally insert himself into these situations, then plot a way to “get out” back to reality. This is how “Life II” and “Seeking Dr. Magic” were born, within weeks of each other. He’s still working on dreaming up a situation where he gets to smash a pie in the face of his boss, with no justification whatsoever – how to get out of that one? 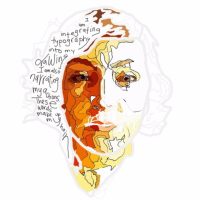